Wrestler Dan Gable’s young grandchildren stole the show at his Medal of Freedom ceremony Monday afternoon as they leaned on the Resolute Desk and took a seat on the floor of the Oval Office.

Gable, 72, considered one of the greatest wrestlers of all time, arrived at the White House with his large family in tow as was awarded the Presidential Medal of Freedom by President Donald Trump Monday.

The former wrestler and coach responded, ‘No chance,’ when asked if he thinks Trump could take him in a match as the president touted his 2-0 election record. Trump lost the 2020 election to Joe Biden, but still refuses to concede and claims the election was ‘rigged’ and riddled with ‘fraud.’

Gable, 72, considered one of the greatest wrestlers of all time, was donned with the honor by President Donald Trump on Monday 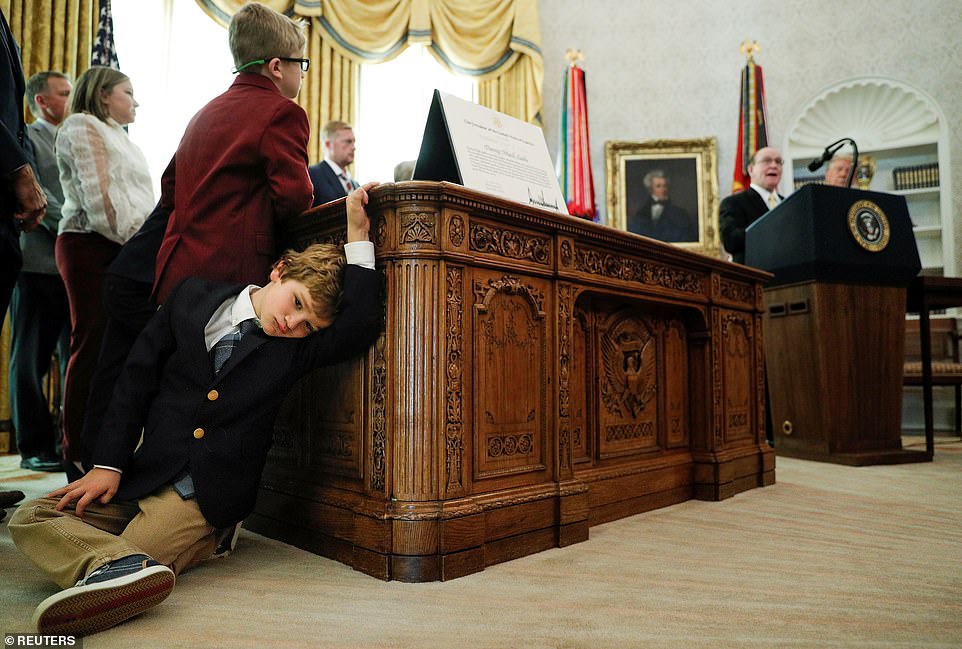 At some points, Gable’s grandchildren took a seat on the floor of the Oval Office

Sammy Olszta, 6, one of Gable’s grandsons, leans against the Resolute Desk and nearly bends over backwards 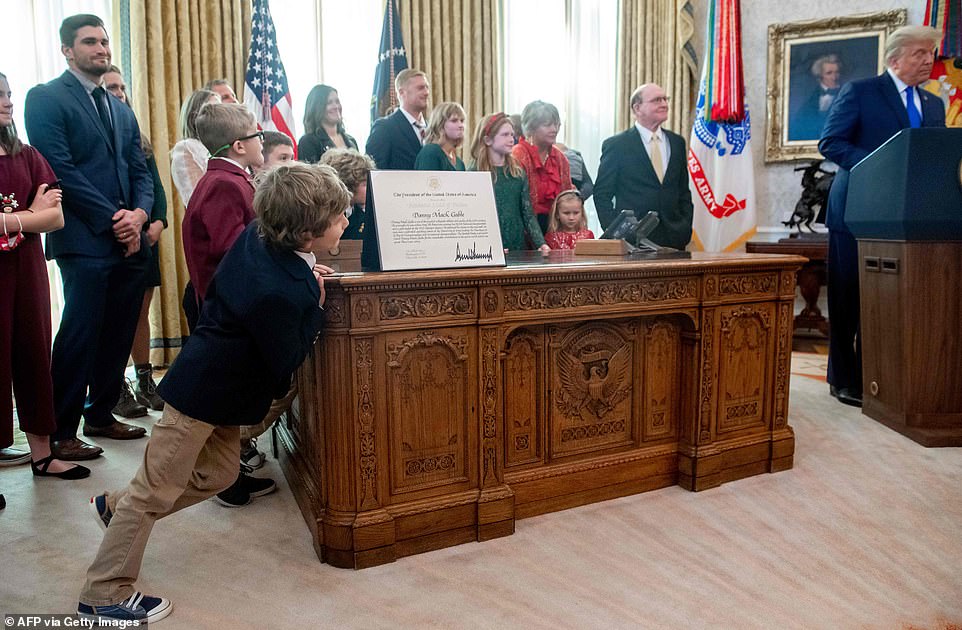 Gable was joined Monday by his 13 grandchildren, his wife Kathy, daughters, Jenni, Molly, Annie and Mackenzie, and sons-in-laws 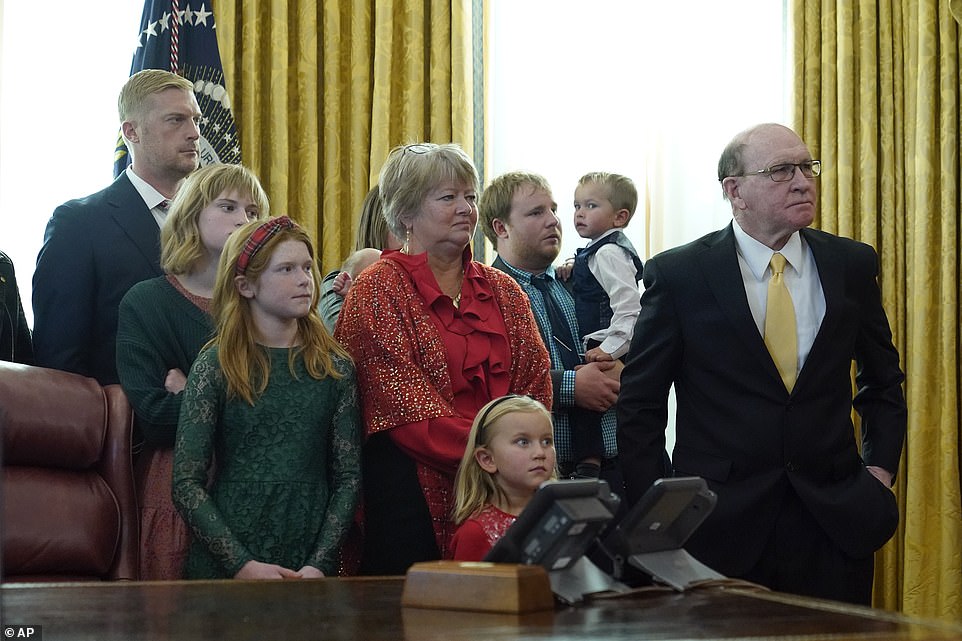 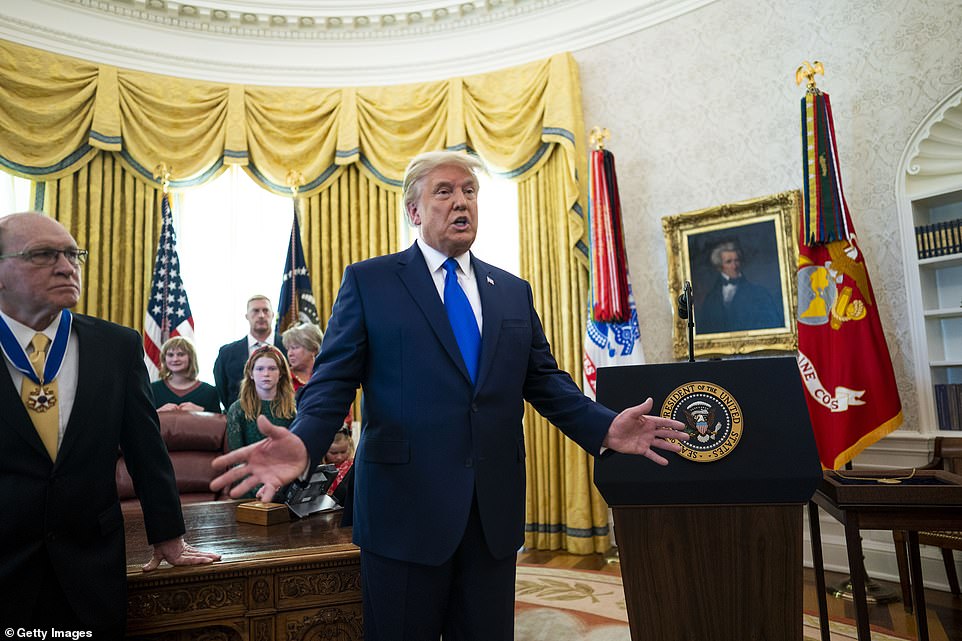 During the ceremony Monday, Trump took a few questions from reporters, turning it into a mini-press conference

Trump repeated claims that the presidential election was ‘rigged,’ lamenting it was riddled with ‘fraud’ by Democrats 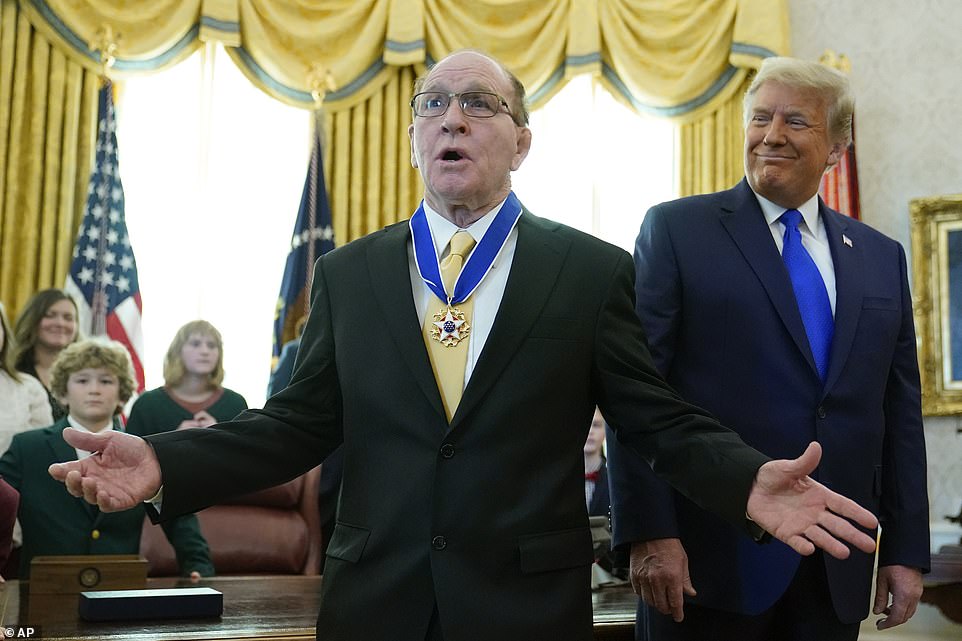 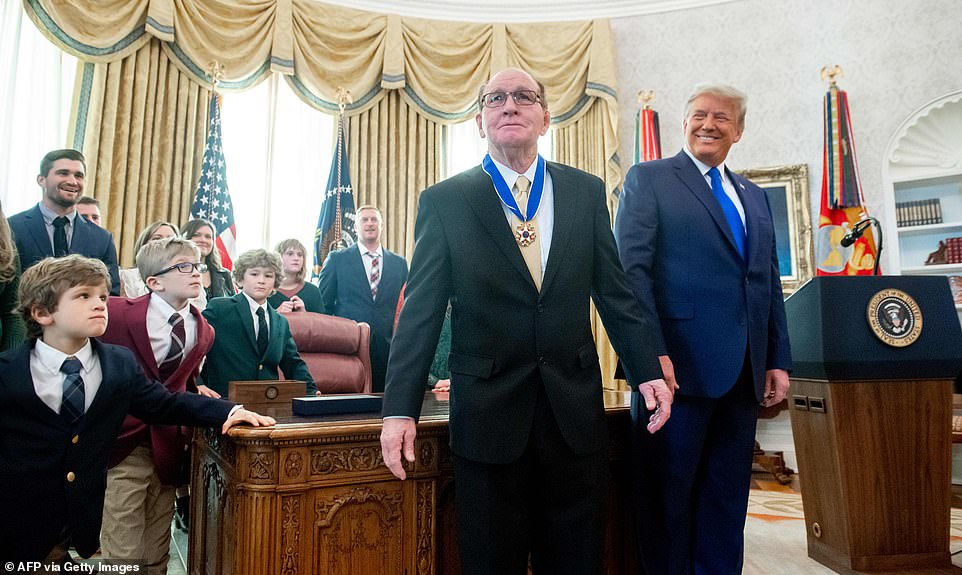 On Thursday, Trump donned former football player and coach Lou Holtz with the honor in an Oval Office ceremony-turned-press conference.

During the ceremony for Gable, it was really his grandchildren, situated with his family over his right shoulder, who became the stars of the show.

A few of his grandsons decided to either sit or lay on the floor of the Oval Office at various points throughout the ceremony while one son-in-law juggled between three different children in his arms throughout.

One grandson also leaned on the Resolute Desk with a bored appearance as he stared at the text of the document declaring Gable’s receipt of the Medal of Freedom award, signed by the president.

Ohio Representative Jim Jordan, a Trump ally, was present at the event Monday. He was a college wrestler and before seeking public office was an assistant wrestling coach at Ohio State University. Jordan just barely missed making the U.S. Olympic team in 1988. 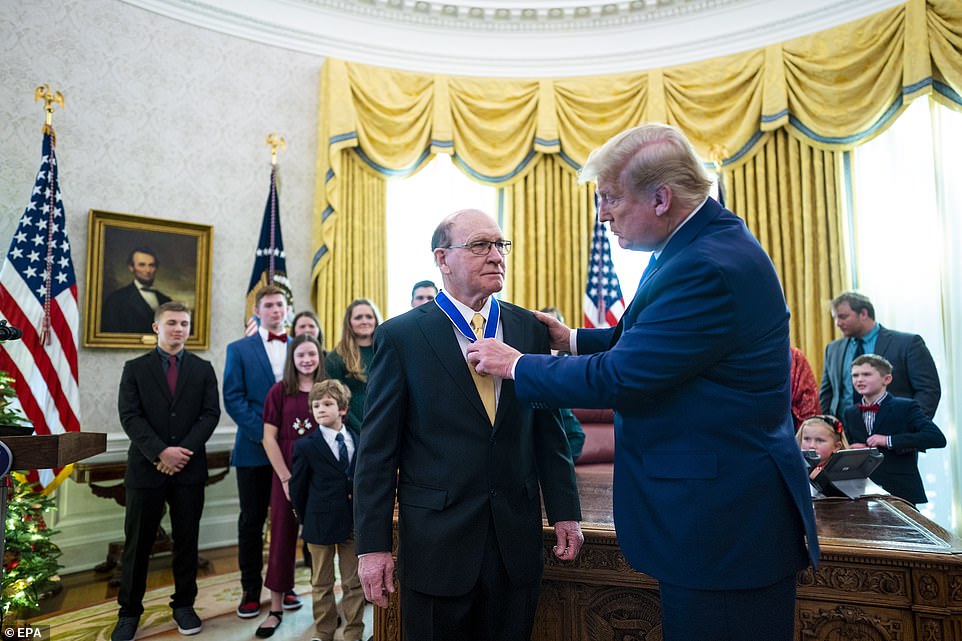 Gable is a wrestling legend 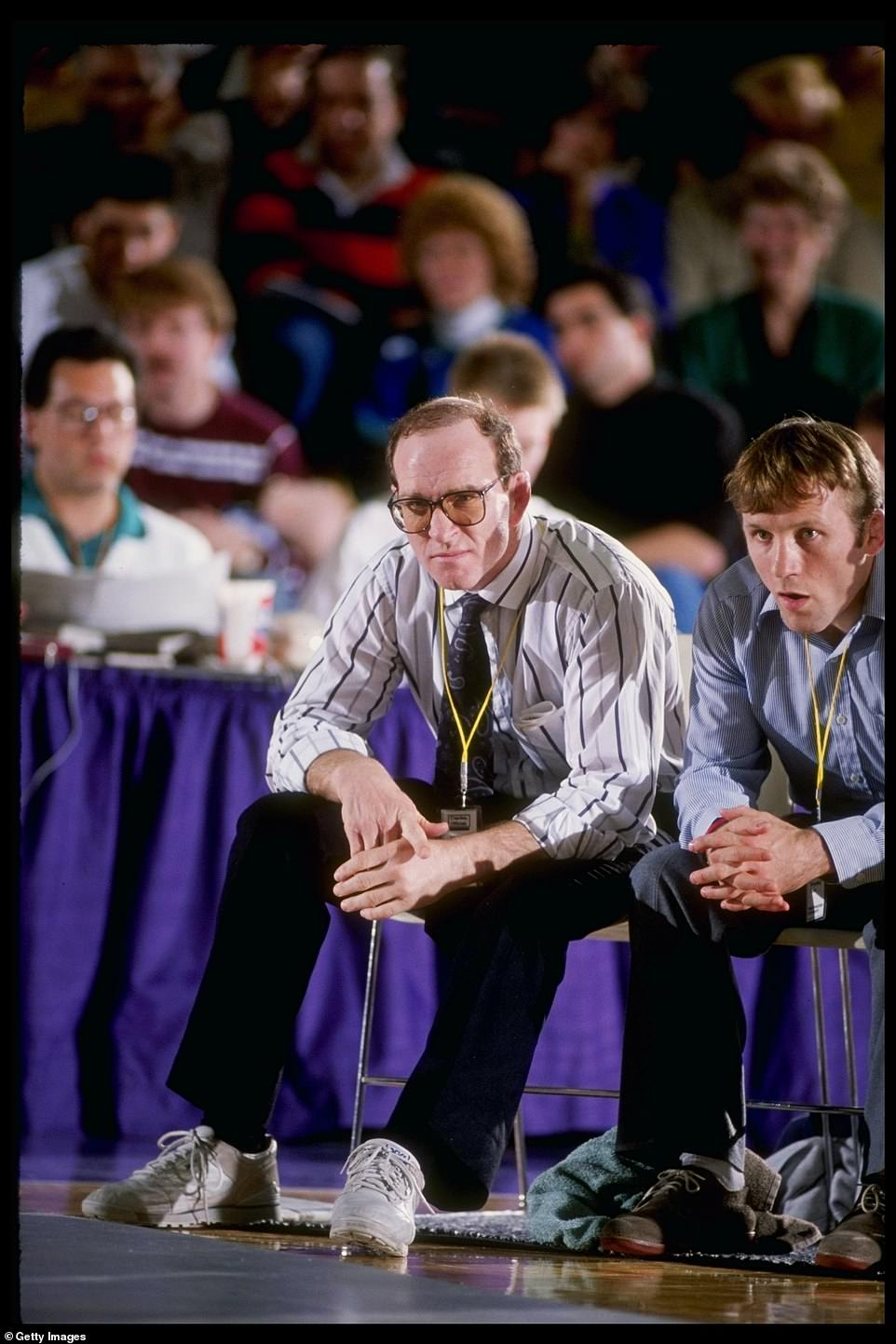 He went on to coach wrestling at the University of Iowa

He took the opportunity to slam the election results and lament of the circumstances surrounding the presidential election.

‘It’s a disgrace to our country. It’s like a third world country, these ballots pouring in from everywhere, using machinery that nobody knows ownership nobody knows anything about,’ he continued.

Previous Mum-of-four reveals how she lost a staggering 28 kilos in just six
Next America’s greatest pilot Chuck Yeager, the first person to break the