The doctor who helped save Boris Johnson‘s life while he was in intensive care battling coronavirus has himself contracted Covid-19.

Professor Nick Hart is director of respiratory and critical care medicine at Guy’s and St Thomas’s Hospital in London – where the Prime Minister was kept in April after becoming gravely ill.

The Trust last night confirmed that Professor Hart was self-isolating after testing positive for the virus. No more details on his condition are known.

The PM’s fiancée Carrie Symonds revealed in May that the couple named their first child Wilfred Lawrie Nicholas in a touching tribute to the professor.

Professor Nick Hart (left) – who helped save Boris Johnson’s life while he was in intensive care battling coronavirus – has contracted Covid-19. Right: Mr Johnson addressing the nation shortly before he was taken into hospital 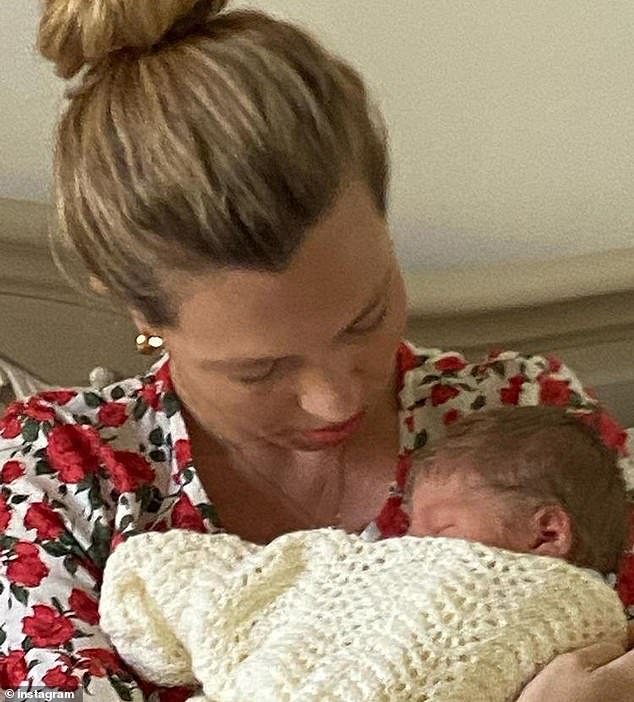 Miss Symonds explained that the name was in reference to the two doctors that ‘saved Boris’ life’ – Professor Hart and Dr Nick Price.

Professor Hart said at the time that he was ‘honoured and humbled’ by the tribute.

The PM was taken seriously ill after testing positive for coronavirus in March and spent three nights in the Intensive Care Unit at St Thomas’ Hospital in central London.

Doctors plied Mr Johnson with ‘litres and litres’ of oxygen as his chances of survival balanced on a knife-edge.

When he left hospital, Mr Johnson said: ‘I want to pay my own thanks to the utterly brilliant doctors, leaders in their fields, men and women but several of them for some reason called Nick, who took some crucial decisions a few days ago, for which I will be grateful for the rest of my life.’

Guy’s and St Thomas’ NHS Foundation Trust told The Sun: ‘We can confirm that Professor Nick Hart tested positive for Covid-19 and has been self-isolating.’

During an interview in May, the PM revealed just how serious his condition became.

Doctors were prepared to announce his death in case he lost his coronavirus battle, the PM said, admitting he was ‘a lucky man’.

Mr Johnson confirmed he was ‘not in particularly brilliant shape’ while battling the disease and he was given ‘litres and litres’ of oxygen as medics fought to keep him alive in intensive care.

He recalled his frustration that he could not seem to shake the virus and described how the sobering experience allowed him to see the ‘fantastic’ care offered by the NHS.

‘I realised it was getting pretty serious’, he told the Sun on Sunday.

‘And I remember saying to myself, ”How am I going to get out of this?”’

Mr Johnson spoke from self isolation on April 3 – just days before he was taken to hospital (left). He then released a video message from inside no 10, after he was discharged (right)

He added: ‘To be honest, the doctors had all sorts of plans for what to do if things went badly wrong.

‘I was not in particularly brilliant shape because the oxygen levels in my blood kept going down.

‘But it was thanks to some wonderful, wonderful nursing that I made it. They really did it and they made a huge difference.’

The Prime Minister said staff nurse Luis Pitarma, 29, and ward sister Jenny McGee, 35, watched over him for 48 hours, giving him the vital care he needed. 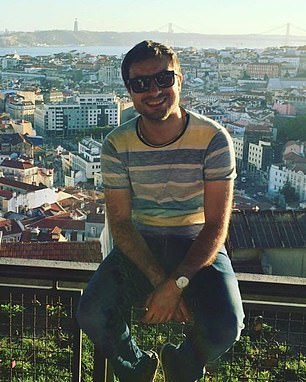 Ward sister Jenny McGee, left, and staff nurse Luis Pitarma, right, were singled out for praise by Prime Minister Boris Johnson after treating him during his stay in intensive care

Mr Pitarma, from Aveiro, Portgual, circled in red, with colleagues. The nurse helped save Mr Johnson’s life and was praised by Portugal’s President

In a video recorded shortly after he was discharged, Mr Johnson thanked the ‘utterly brilliant’ doctors, and praised the nurses for their ‘astonishing’ care.

He said: ‘I want to thank the many nurses, men and women, whose care has been so astonishing. I am going to forget some names, so forgive me, but I want to thank Po Ling and Shannon and Emily and Angel and Connie and Becky and Rachael and Nicky and Ann.’

Mr Johnson reserved special acclaim for two more, who he described as ‘Jenny from New Zealand, Invercargill on the South Island to be exact, and Luis from Portugal, near Porto’.

He continued: ‘The reason in the end my body did start to get enough oxygen was because for every second of the night they were watching and they were thinking and they were caring and making the interventions I needed.’

Ms McGee has been in the UK for eight years after studying here then moving to St Thomas’ in central London.

She previously worked at the Royal Melbourne Hospital for six years where she did her intensive care training.

Mr Pitarma, 29, was born in Aveiro, just 30 miles from Porto,  and is thought to have moved to London in 2014 after completing his medical qualifications in Lisbon.

Previous CEO of Europe’s biggest fashion website, 38, quits job ‘to prioritise
Next Officer refused a visit to dying mum in care home while she was still